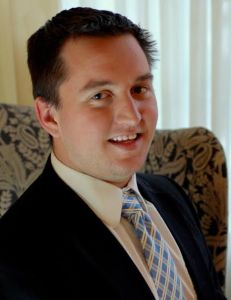 I ran Onward State, an independent, hyper-local news source serving the Penn State community, from 2012-2014. I live in State College and attend the Penn State Dickinson School of Law. I am currently in my second term as president of the graduate student body (GPSA).

I grew up in Williamsport, Pennsylvania, where I lettered in baseball. I earned bachelor’s degrees in political science and journalism from Penn State in 2014. I was heavily involved in student government as both an undergraduate and law student. I haven’t missed a home Penn State football game since 2004 or an away game since 2009. I have no plans of ending either of those streaks any time soon.

Presently, I am the first Managing Editor Emeritus of Onward State, where I continue to advise the editorial team to produce the most read and followed student news source at Penn State and in college media. I’m a fellow at the Nittany Valley Society, a local non-profit that acts as a cultural conservancy to cultivate appreciation for the history, customs, and spirit of the Nittany Valley, Penn State, and its surrounding communities. I am co-writing “Back to Camelot: The Improbable Story of the 2005 Nittany Lions,” a book about the 2005 Penn State football season and its importance to the community at large to be published in July 2016. I also host a weekly radio show on the The LION 90.7fm, among other odds and ends, to keep me feeling like a “real” student in the traditionally isolated graduate school setting.

I intend to use this blog to discuss topics and share articles that aren’t Penn State-related or are otherwise self-serving.